I’ve loved photography since childhood and back then, there were no digital cameras, everything was on film, so every picture mattered. We waited impatiently to capture those special moments when they happened. The anticipation for my parents to go and pick up the film from the developers was both exciting and frustrating for me as a kid. In those old photos, you can remember the moment, the feeling and sometimes even the scents and aromas.

Looking at the work of Icelandic photographer Ragnar Axelsson brought back many of those feelings. The powerful and poignant images captured in his essay and book ‘Arctic Heroes: Where The World Is Melting’ are truly sublime. In a moment, you are there with him, with the subjects. You can feel the cold and sense the tension. 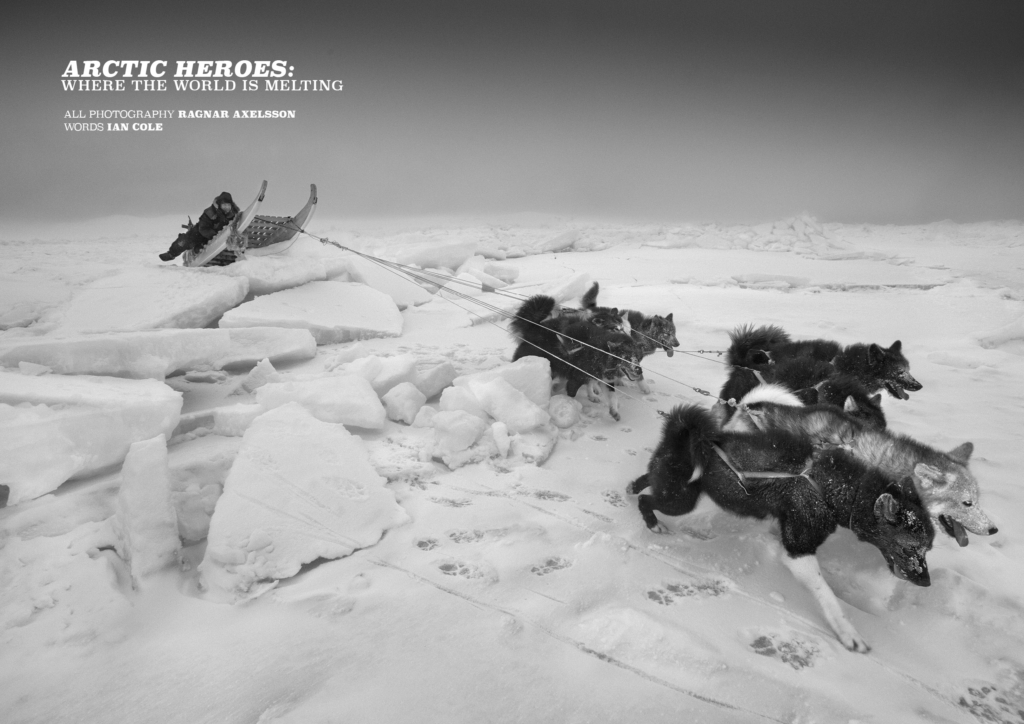 I first came across Axelsson’s work when he was shortlisted as a finalist at the world-renowned Leica Oskar Barnack Award 2020 for this series, and I was compelled to share his journey. In his photo essay, he draws attention to climate change in the Arctic region and pays particular attention to the traditional work of the Greenland sled dogs and the indigenous people.

“The summer sea ice and the glaciers of the North are the Earth’s refrigerator, helping maintain bearable temperature levels; but they are receding.”

Axelsson has been photographing in the Arctic for over 40 years and this series was taken between 1987 and 2019. Early on he used various Leica M cameras, and more recently the Leica SL, a Leica SL2, and Leica M Monochrom 246. Looking at these images of this dramatic and fearless landscape, it is easy to envy Axelsson but much easier to admire and be thankful for his invaluable contribution to photography and the social and cultural issues he draws attention to.

“The plaintive call of the Greenlandic sled dog bears with it an unexpected solace that soothes the soul,” Axelsson says. “Its wistful song is the story of the greatest heroes the North has ever known; heroes who have made it possible for mankind to reach both of the Earth’s poles. A tenacious creature that, at the bleakest point in a raging Arctic storm, will bring its hunters home safe and sound. The song of Greenland’s dogs is one that has echoed through the ages. There is perhaps a message in its sorrowful baying that ought to heeded: the world around it is quickly changing.”
– Ragnar Axelsson

As Axelsson stresses, the role of the sled dogs in this harsh environment is invaluable to the community. The life of a hunter in the region has changed due to climate change – with thinner ice, hunting is not only more challenging but also very dangerous. Axelsson talks of how there used to be 30,000 dogs in Greenland, but now only around 12,000 exist. These dogs are one of the oldest species, about 9000 years old and they have made Greenland their home for around 4000 years. They truly are Arctic Heroes.

Ragnar Axelsson was born in Reykjavík in 1958 and when he was just ten years old, he borrowed his first Leica from his father. When he was 18, he became a photographer for the Icelandic Morgunblaðiðið newspaper and has been documenting nature and the lives of the people in the North ever since. His book Arctic Heroes: A Tribute to the Sled Dogs of Greenland is available to purchase in all good bookshops and online retailers including Amazon.