Like millions of fans out there, we at Client Magazine have recently found ourselves pressing the replay button on many of the very well produced covers by British artist Conor Maynard, who continues to take YouTube by storm.

We recently caught up with Conor during an exclusive photo-shoot for our September issue at North London’s ‘The Collective’, styled by our London Fashion Editor, Danyul Brown and photographed by Conor Clinch. We thought we would give you a couple of teaser shots from the shoot and share with you Maynard’s latest project before our next issue is released.

With a #1 debut album ‘Contrast’ under his belt and five Top 10 hits, Conor has recently returned to his roots and produced a thirteen track album especially for his fans, titled Covers, which brings together a handful of covers that have already taken the internet by storm, amassing a groundbreaking 168 million views across his YouTube channel.

The intentions with the album were simply to ‘be a side-thing to keep the fans happy while I was working on the second album but they just seemed to blow up’ says Conor.

The album boasts a brand new song penned by Conor, titled ‘This Is My Version’ which fuses perfectly with the rest of the modern pop classics (view the video at the bottom of this post).

Available only through streaming services, the album ‘Covers’ reminds us exactly why we fell in love with Conor back in 2012 and why we at Client Magazine continue to support his music. His popularity is also confirmed by the fact he is currently the biggest trending UK act on YouTube, with a staggering 1.5 million views each day.

Whilst Conor’s music has evolved, so has his image, and as you can see from these teaser shots, he is looking more slick and mature, ready for his return.

Catch the feature in our September print issue with an exclusive interview and a little more of what you can expect from the musician himself in the months ahead.

‘Covers’ by Conor Maynard is available on streaming services; Spotify, Apple Music and Deezer and you can listen to it on our Apple Music feed below: 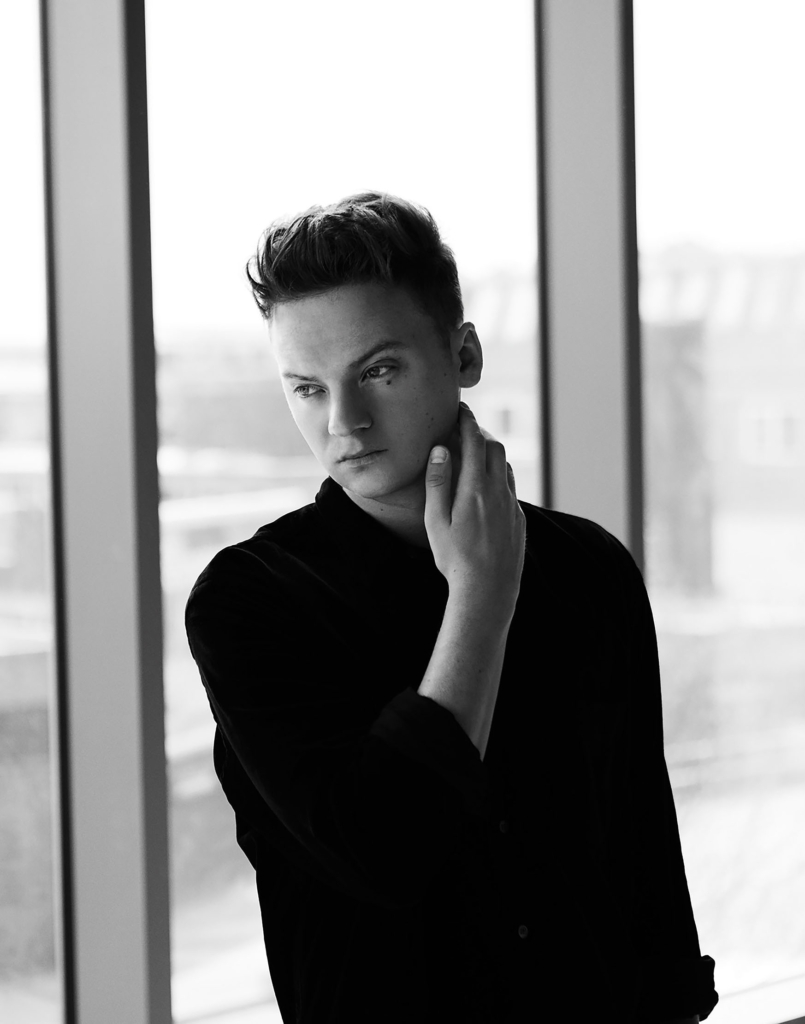