Munsoo Kwon’s Spring/Summer 2017 Collection takes inspiration from the designers memories of San Francisco, the City where he realised his dreams. Slogans inspired by hippy culture including “Make Love Not War” and “Peace Is Cheaper” feature, and the outdoor sculpture in San Francisco’s Rincon Park, titled ‘ Cupid’s Span’ is embodied into blazers, jackets and shirts, with the message of ‘love and peace’ on the agenda.

All the inspiration that a place like San Francisco can offer has been beautifully fused into this collection, including its diverse culture – utilising many colour palettes including soft baby pink and ivory that “reminds of San Francisco’s beautiful sunlight”. The warning signs ‘KEEP OUT’ from the City’s cable car tracks at St. Powell Street also feature. 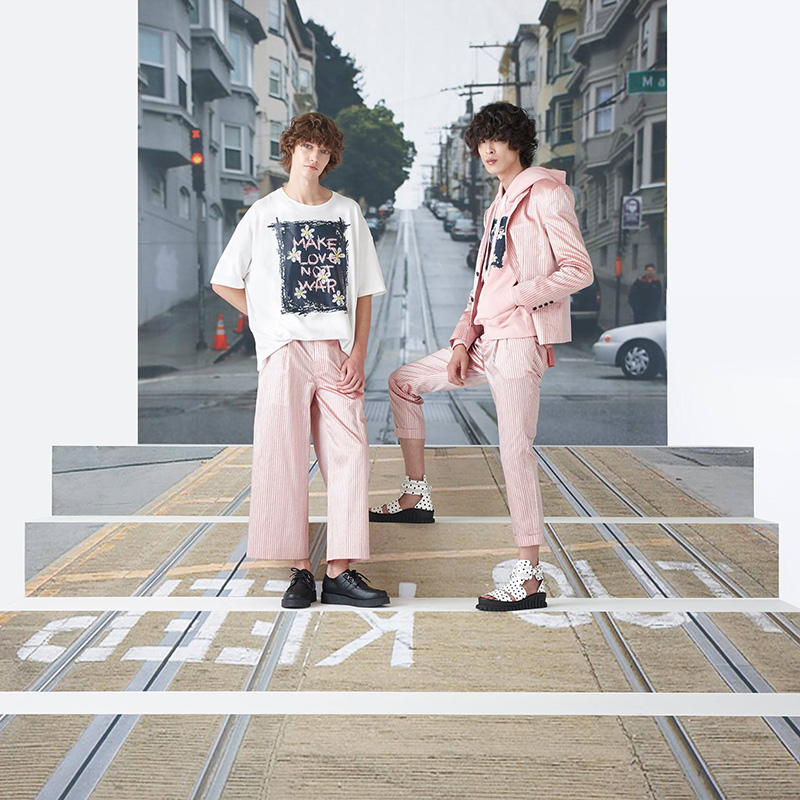 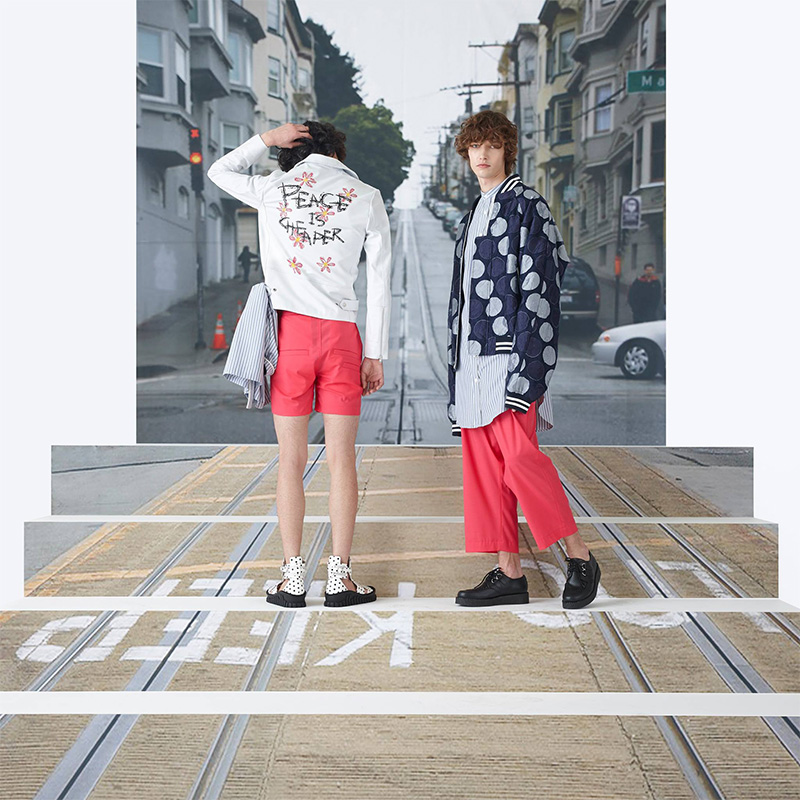 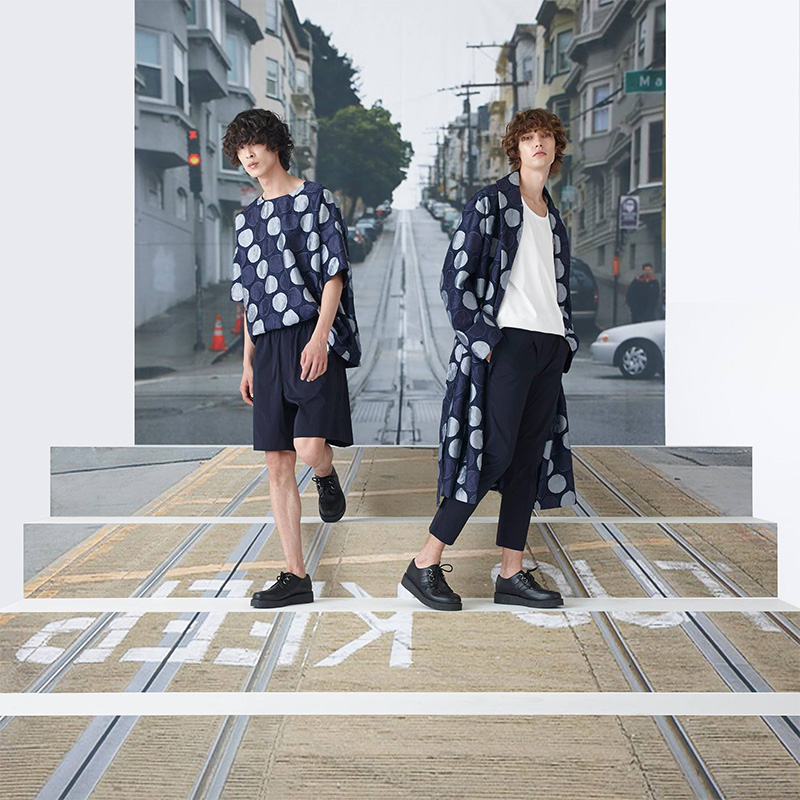 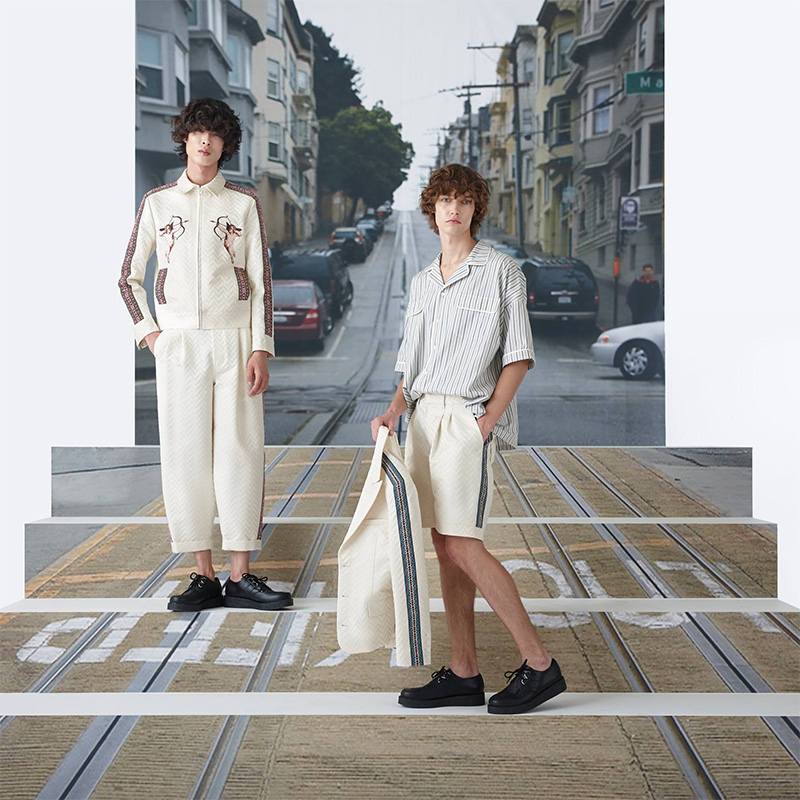 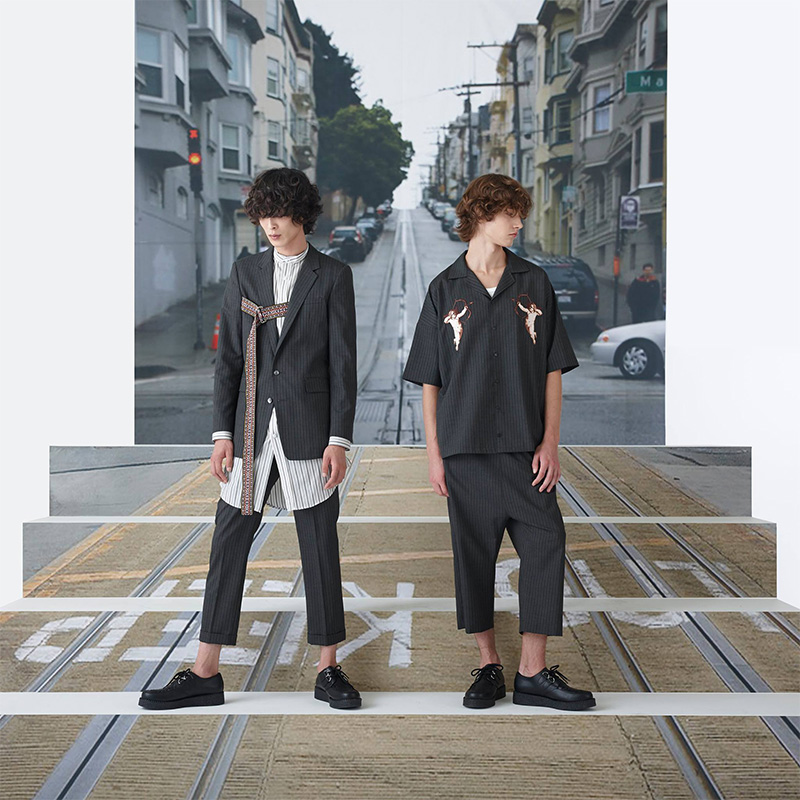 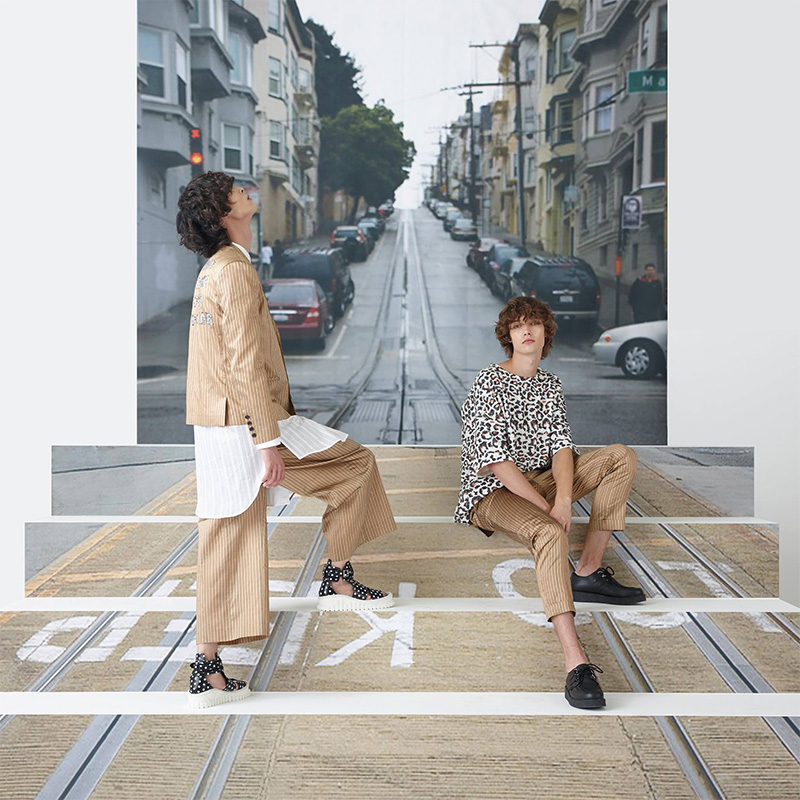 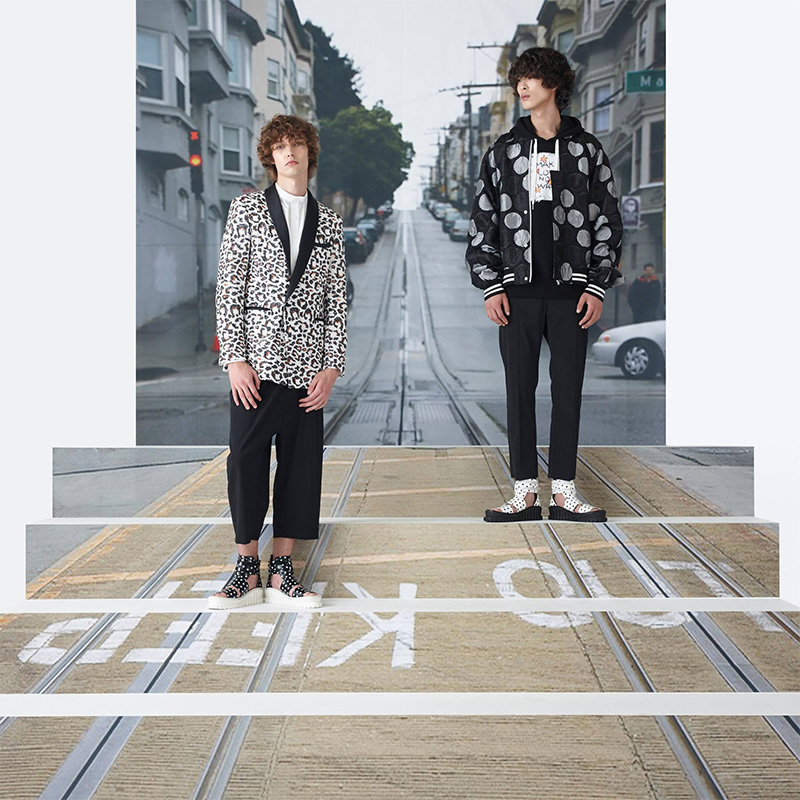 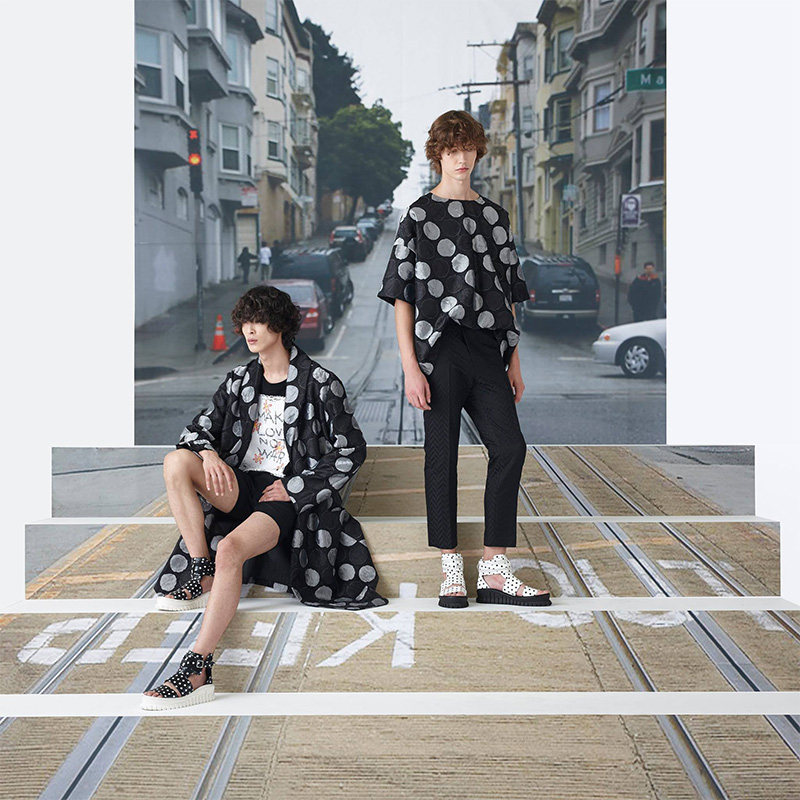 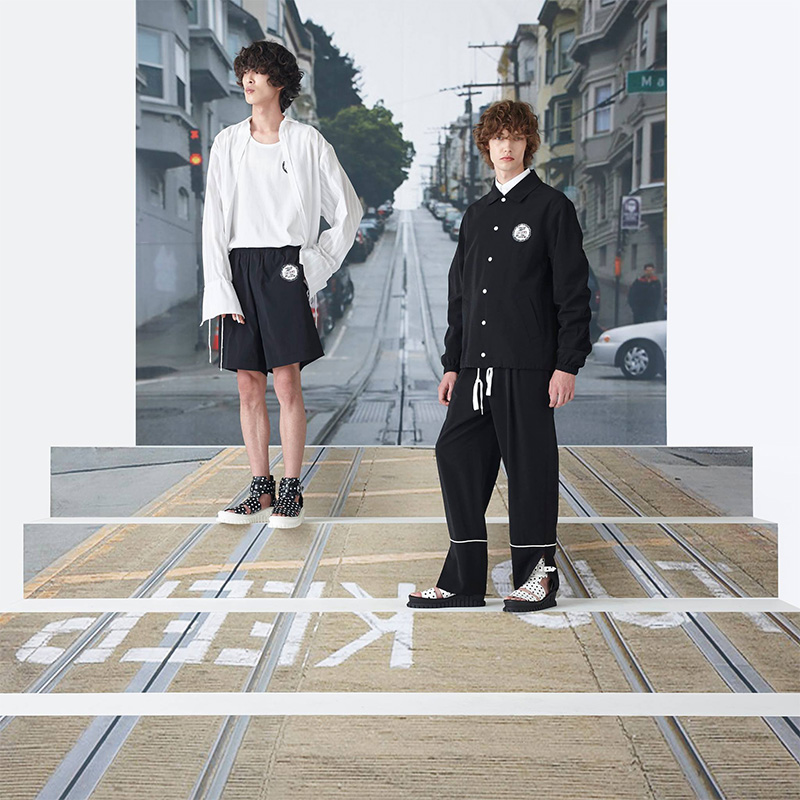 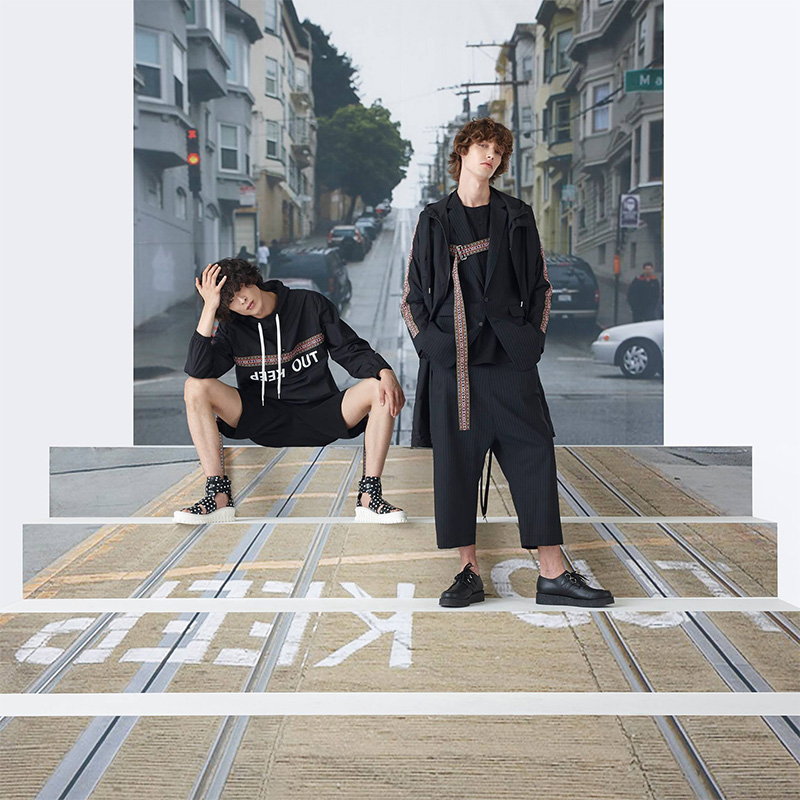 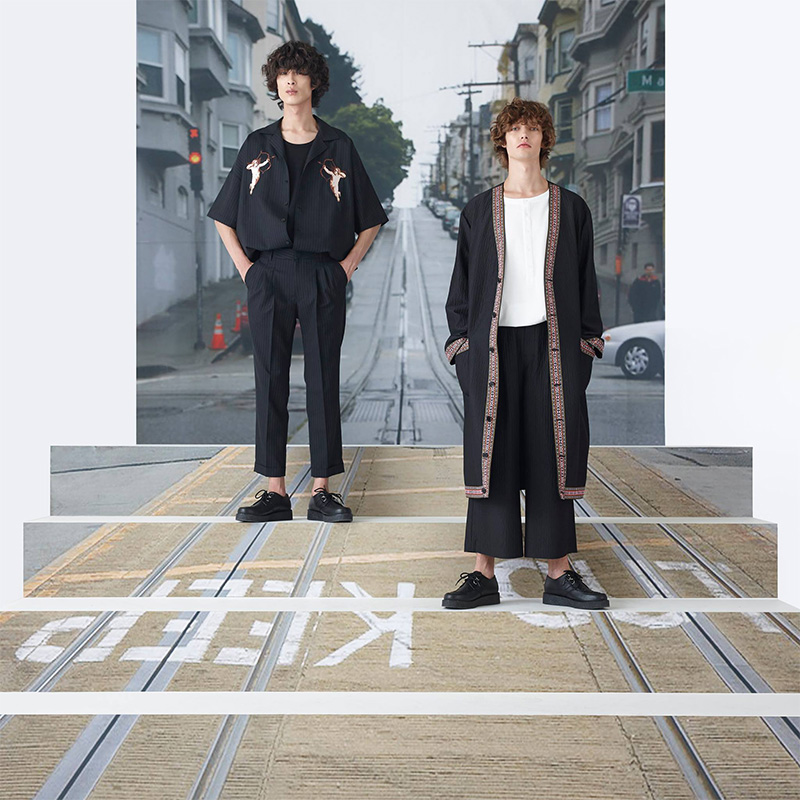 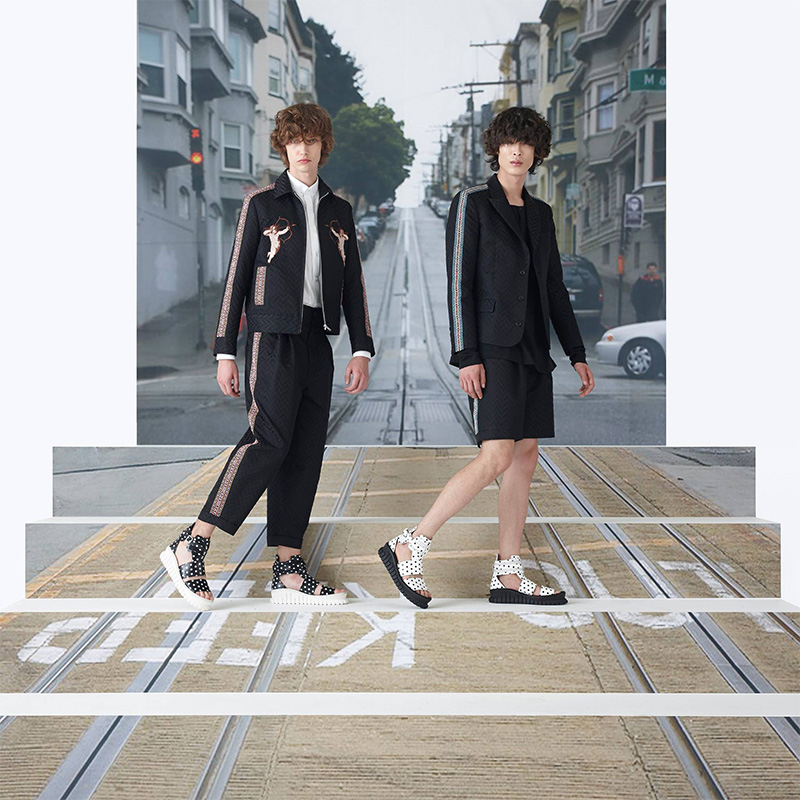 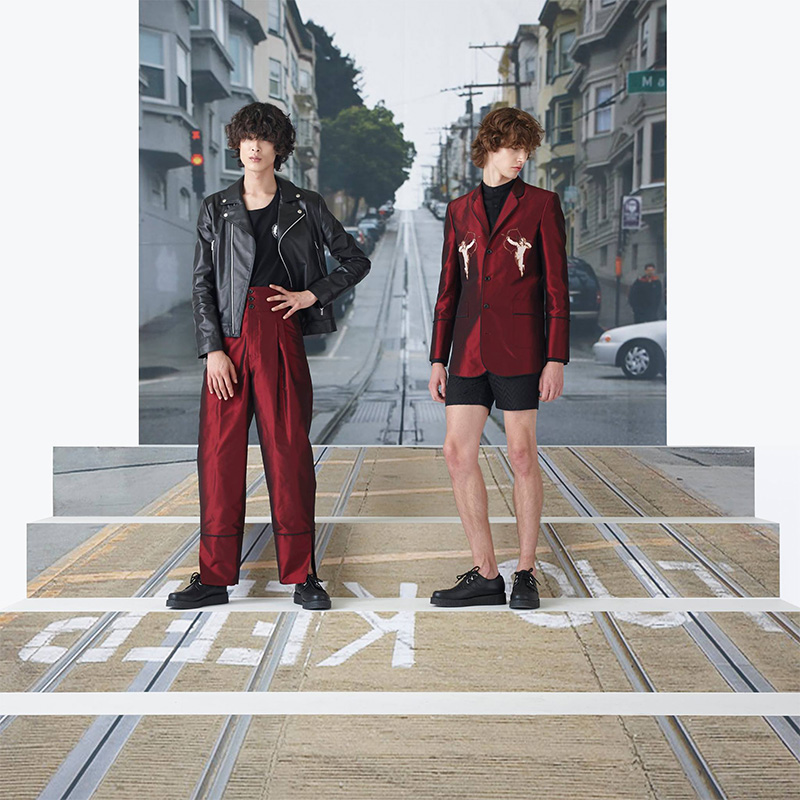 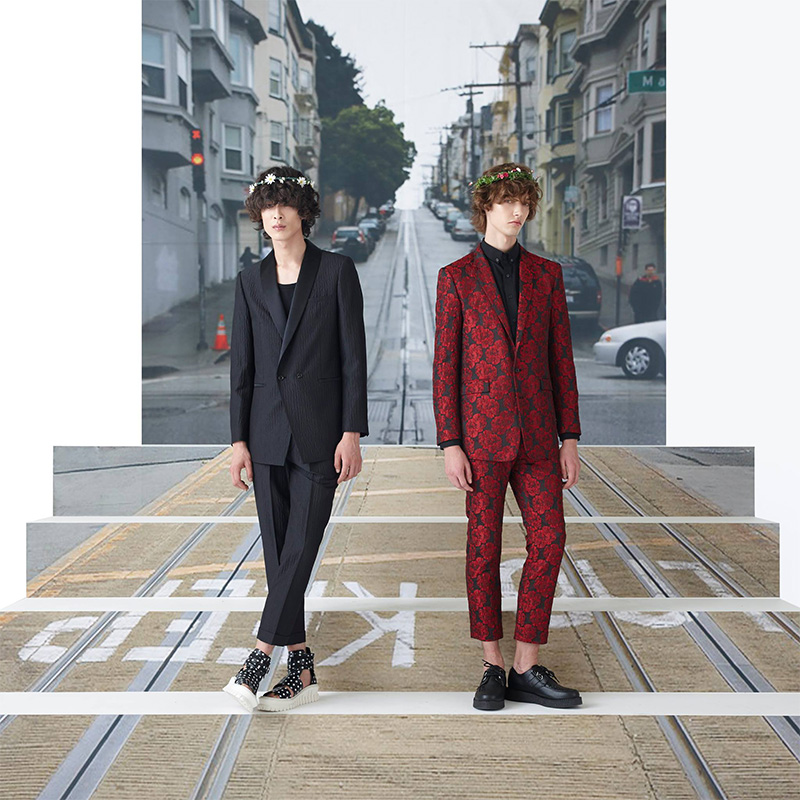 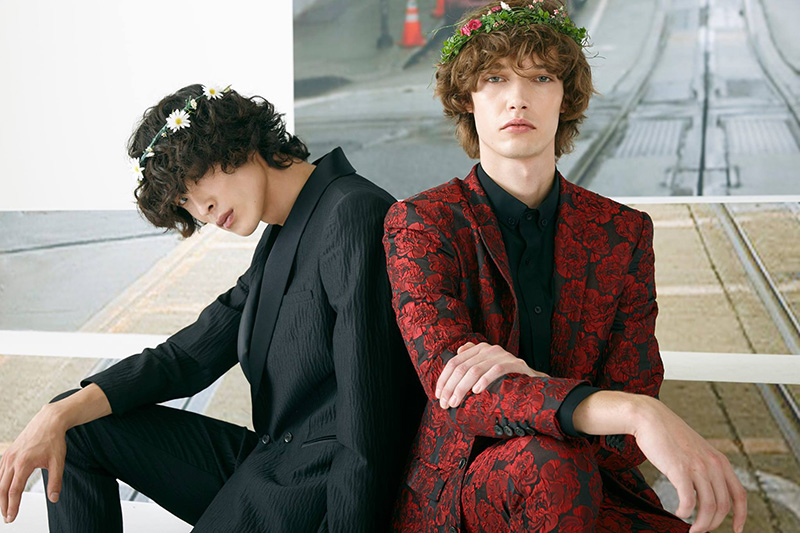 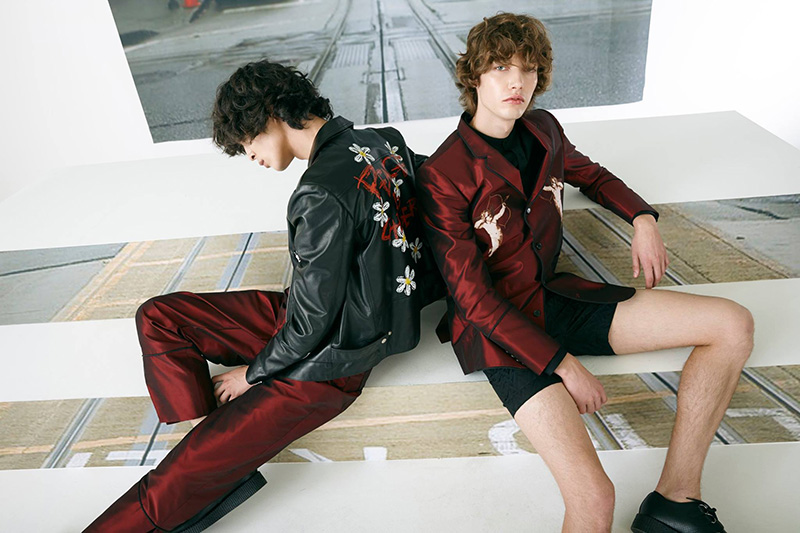 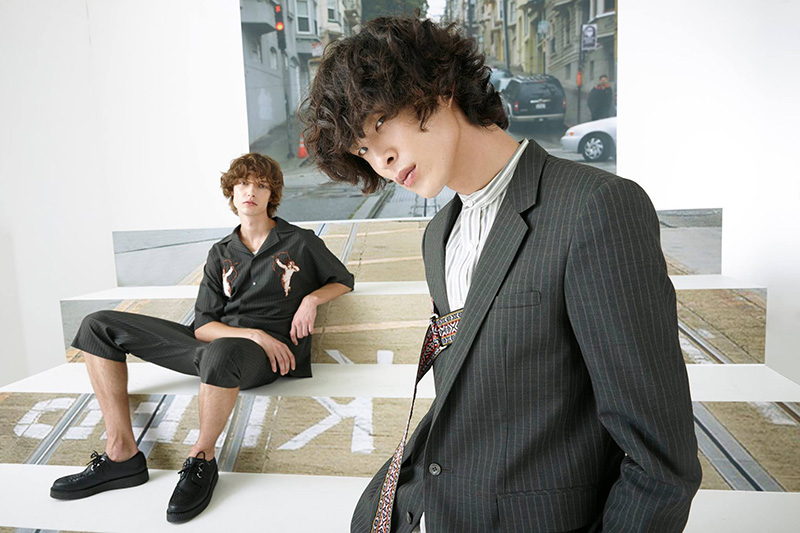