German super brand Hugo Boss is no stranger to collaborations, from Porsche to Liam Payne, but this time around it’s with another fashion label – iconic American sports brand Russell Athletic. Although the two brands are potentially worlds apart in the marketplace, the result is sure to reach a whole new generation.

As you may expect, there is a fusing of trademark BOSS sartorial tailoring with classic sportswear staples and some rather nice fabrics. The colour palette enables easy mixing and matching of pieces for those who like to play around with their individual style. Often these types of collaborations are rushed and lack inspiration, but there’s a lot to be excited about with the BOSS x Russell Athletic Pre-Fall 2021 collection.

“BOSS has dressed new generations in high comfort and impeccable style, while Russell Athletic has a long heritage in leisure and sportswear, inventing the first sweatshirt on the way. Bringing these two brands together gave us the chance to get really creative, and we’re excited to show this new collaboration.” – Ingo Wilts, HUGO BOSS Chief Brand Officer

The collection features some cool tracksuits, hoodies, varsity jackets and cardigans, a casual suit in dusty pink and blue, several unisex pieces and an awesome sneaker. The “Boss x Russell Athletic” is prevalent throughout using a combination of prints and embroidery.

The campaign and film were shot and directed by creative entrepreneur and basketball aficionado Joshua Kissi and the brands have also launched an AR basketball game that you can access via a QR code. Featuring a built-in leaderboard, the highest scorers can win an exclusive BOSS x Russell Athletic basketball. The polarity of these two brands and the epic teamwork may be the force that elevates this collection to great success.

“Innovation and reinvention are important to Russell Athletic and BOSS, and we’re really excited about what we’ve created together as a result. By finding inspiration in both brands’ archives and exploring the creativity inherent in tailoring and sportswear, we’ve made a collection that’s fit for a new generation.” – Ricardo Aranda, Vice President of Russell Athletic 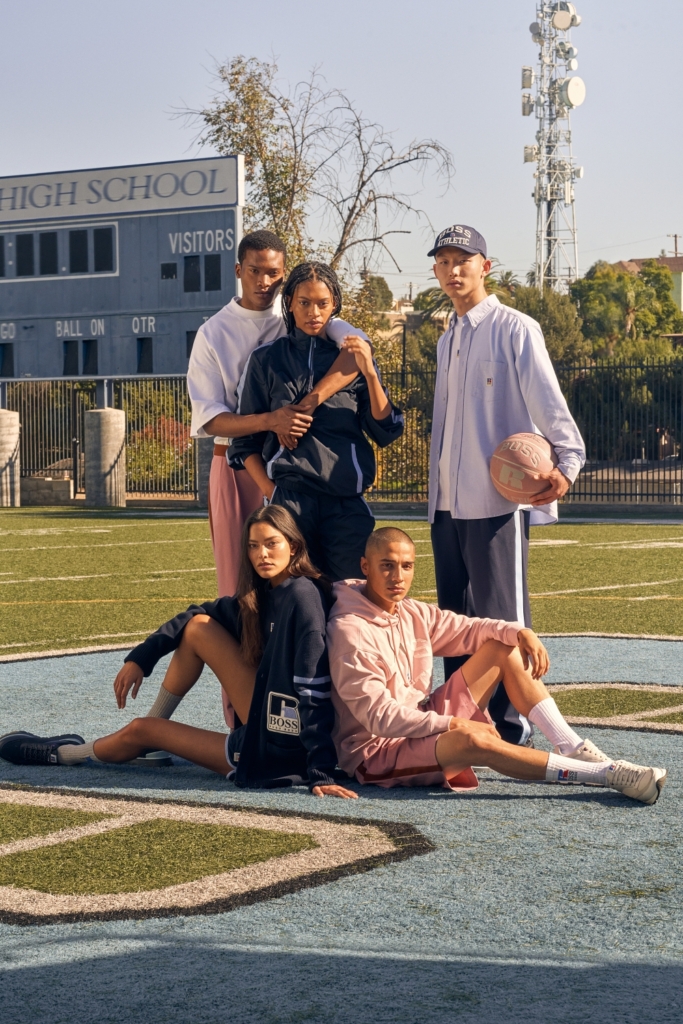 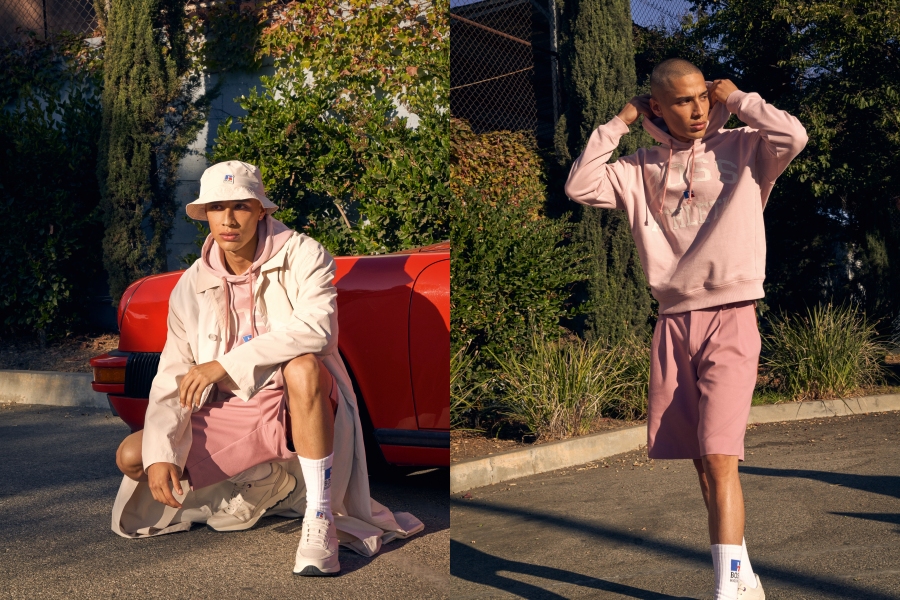 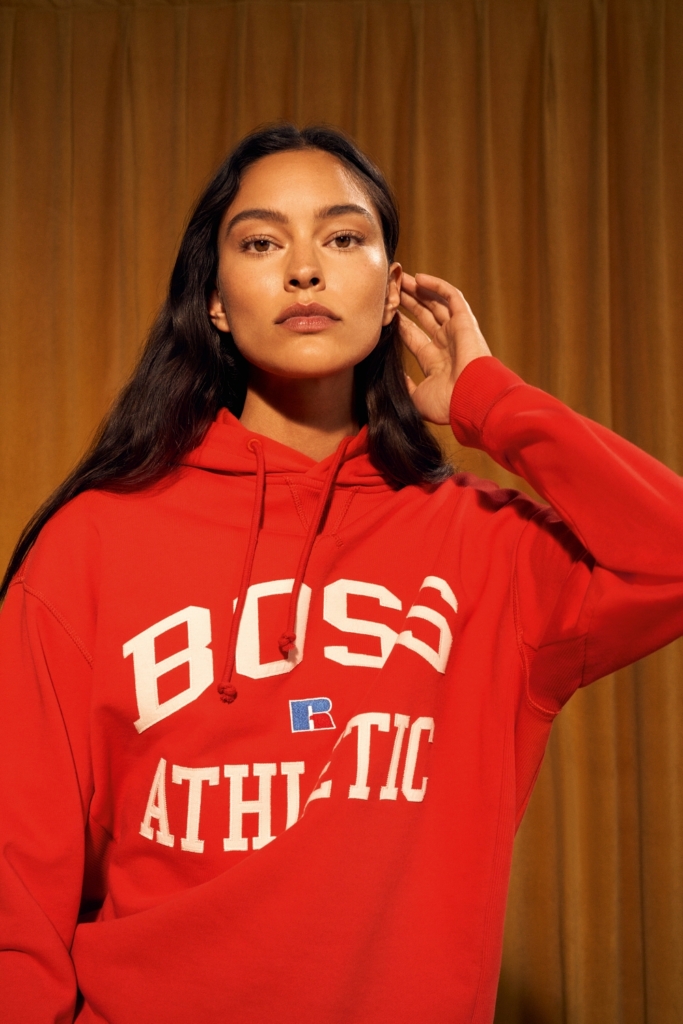 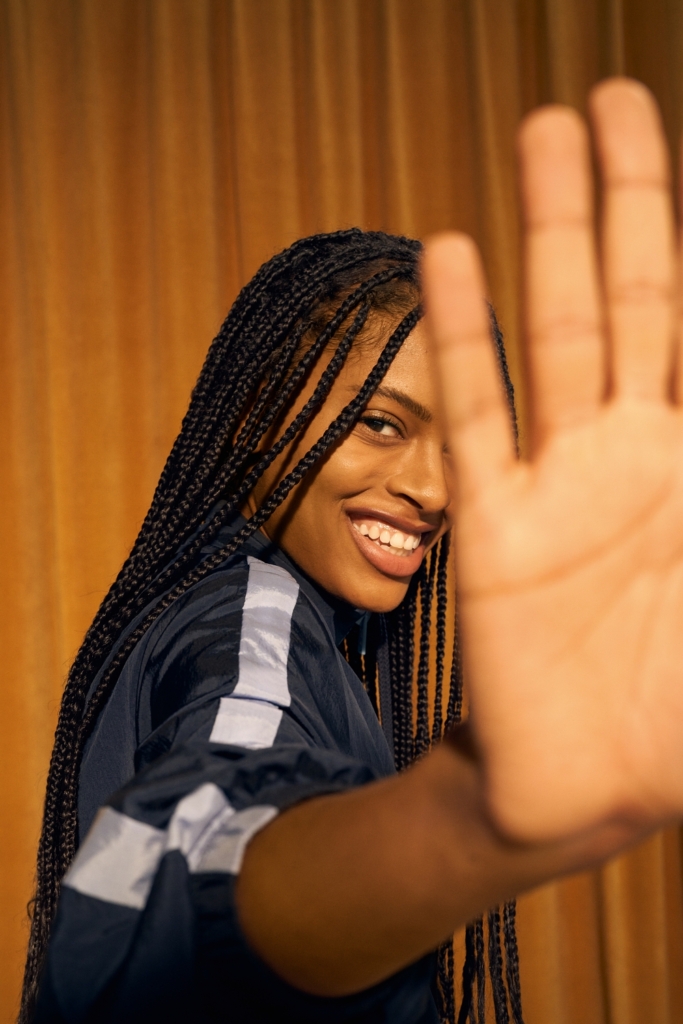 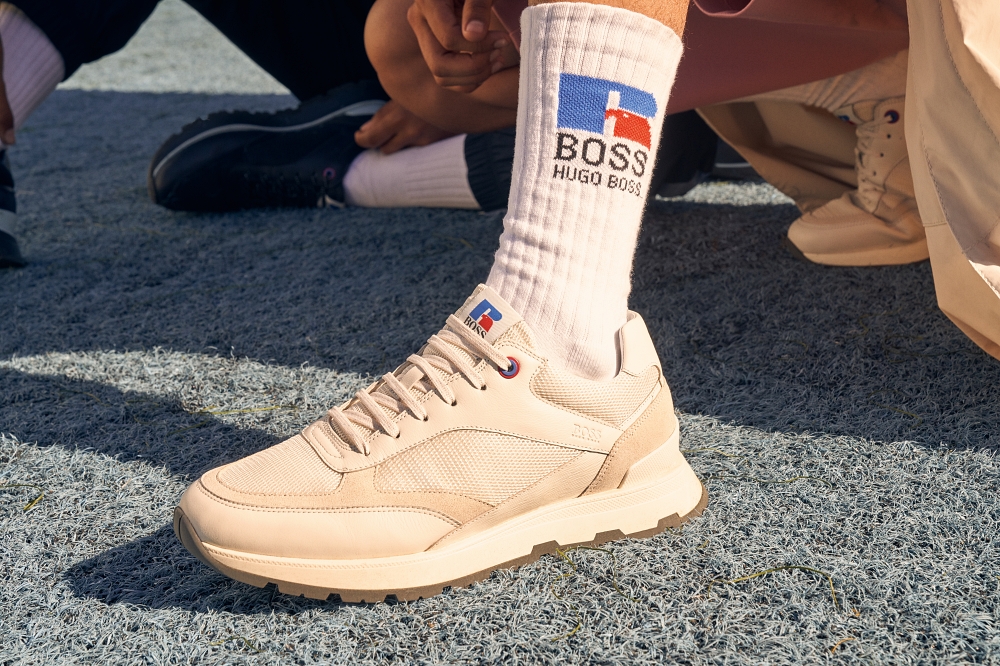 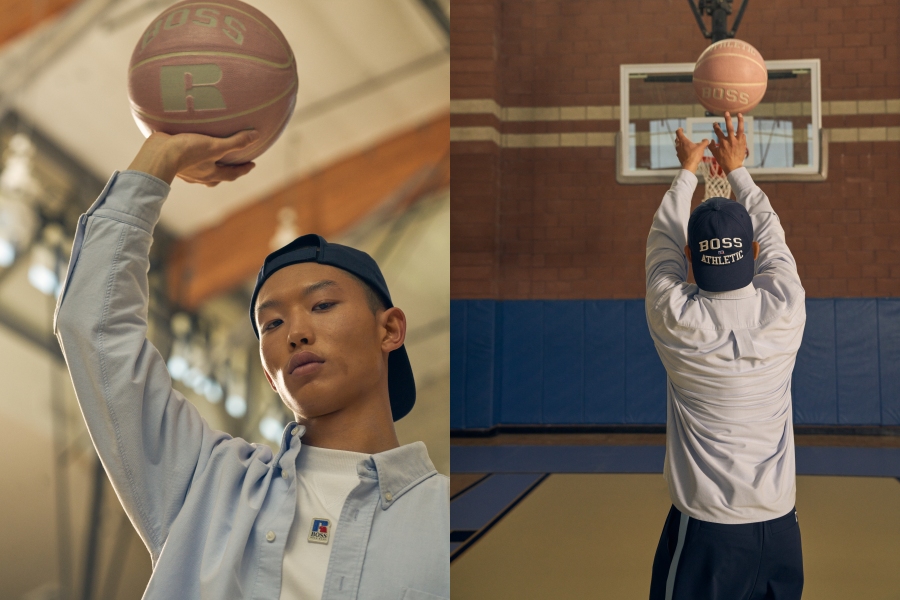 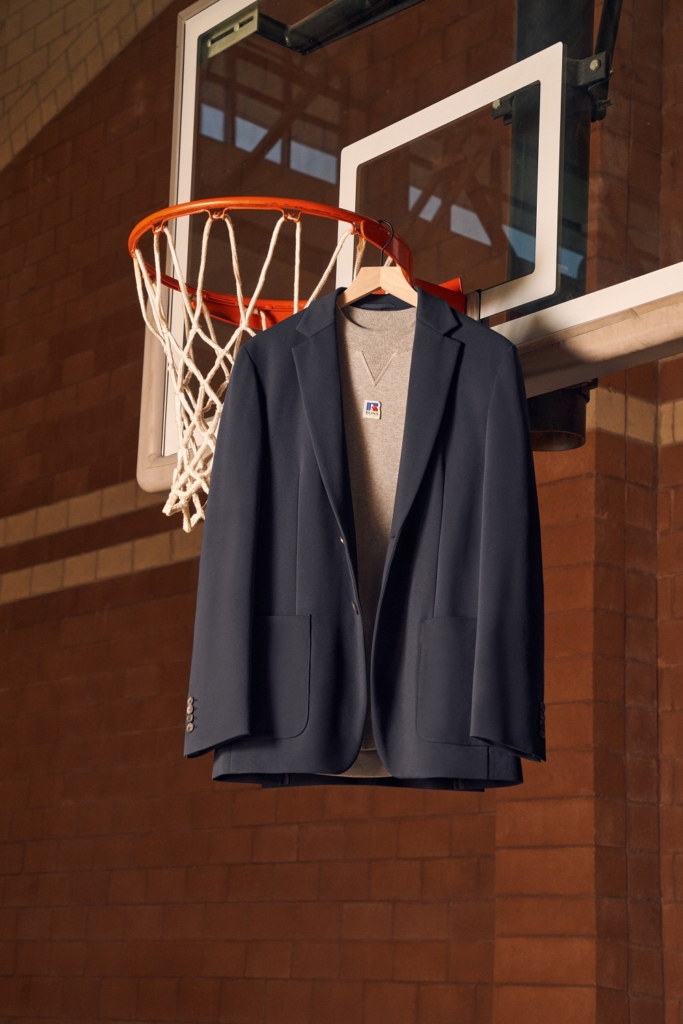 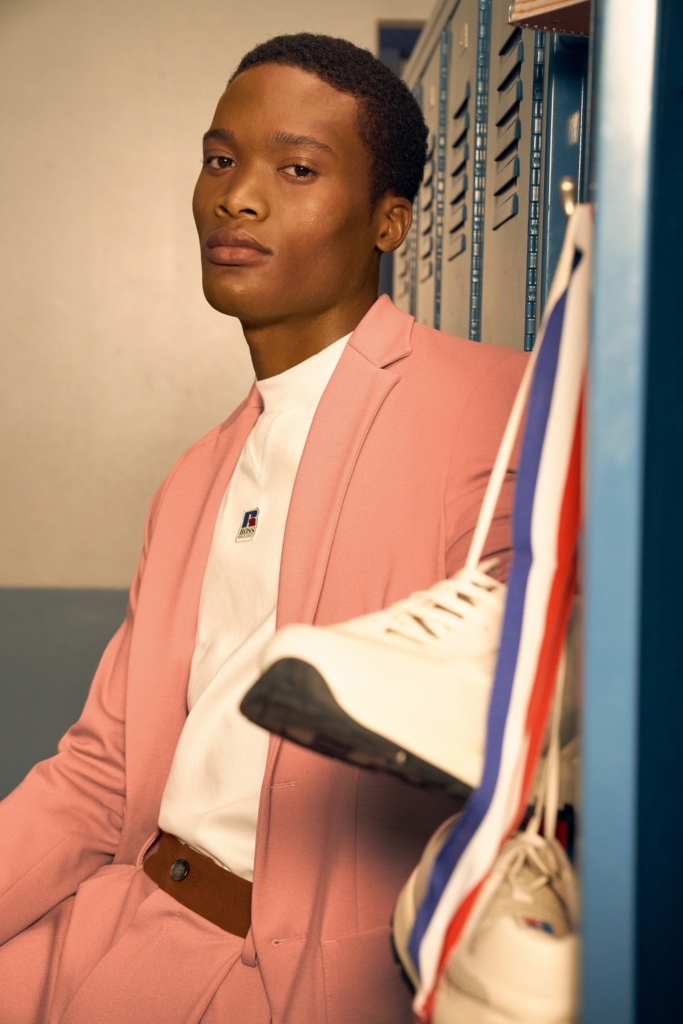 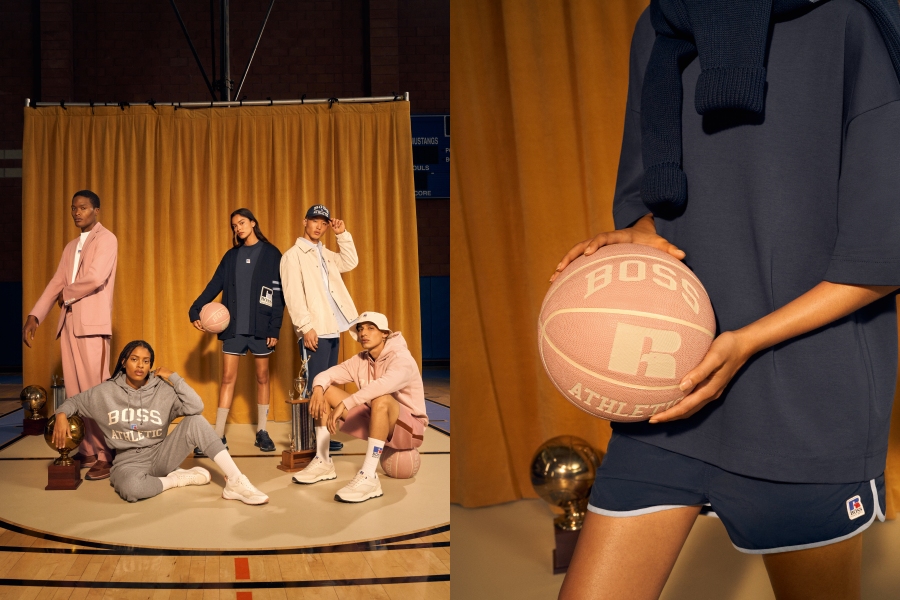 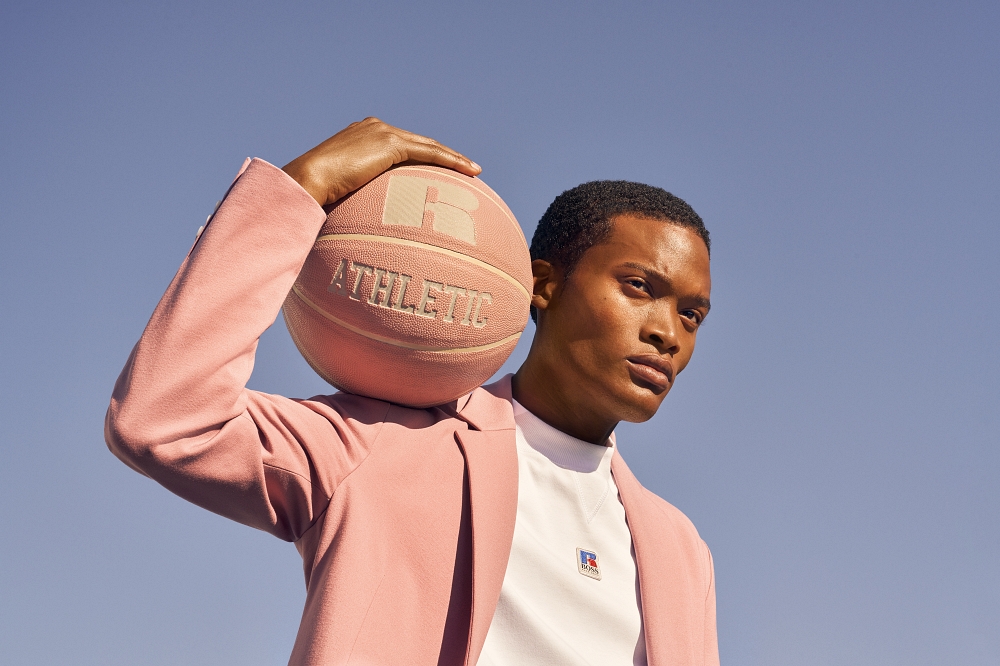 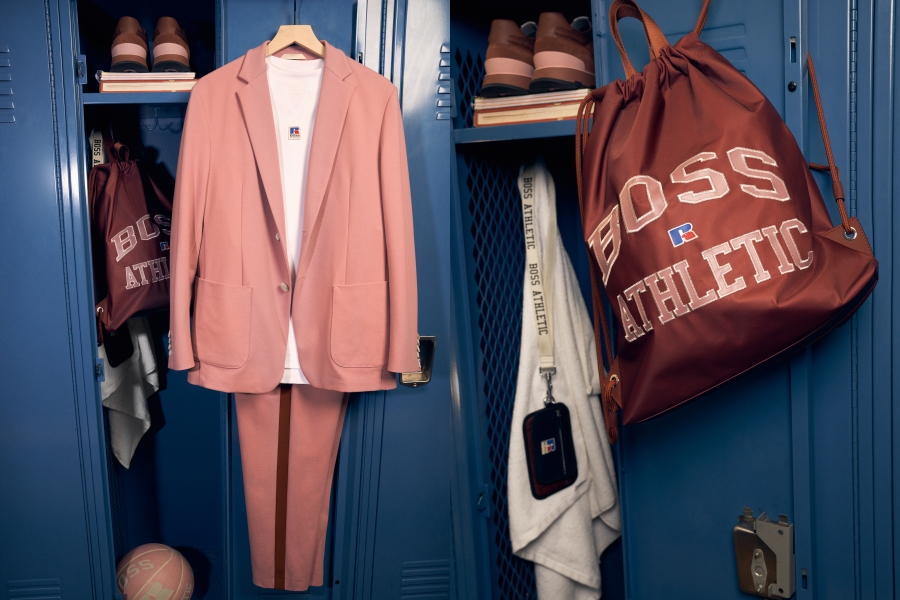