Contemporary American artist Hebru Brantley has collaborated with Avant Arte to launch a limited edition sculpture and print titled “3 THE HARD WAY”. Released on 25th & 27th November 2020, Brantley portrays a symbolic trio of characters with the idea of standing together, in support of each other and lifting one another up.

Taking inspiration from his interests as a child, Brantley often produces work inspired by comic books and pop art. His ‘Afro-Futurist’ work is seen on canvas, murals and sculptures. His notoriety as artist has reached collectors that include Beyonce and Jay-Z.

“3 THE HARD WAY portrays the concept of standing together to fight a system of racism and violence against the Black community — because we are stronger together.”

“Looking at the state of the world, there’s a feeling that we really need each other in order to get through this time – we have to have some sort of unification, and that was the concept behind these new works. I was thinking about building a community, building that totem, stacking one on top of another to reach somewhere closer to where we need to be. I’ve been exploring the language of totems and like the idea that you can combine different ideologies and tie them together in one narrative. Through 3 THE HARD WAY what I’m creating is one very concise theme, of brotherhood and building. Ultimately, the works highlight themes of race and power, but also hope.” – Hebru Brantley 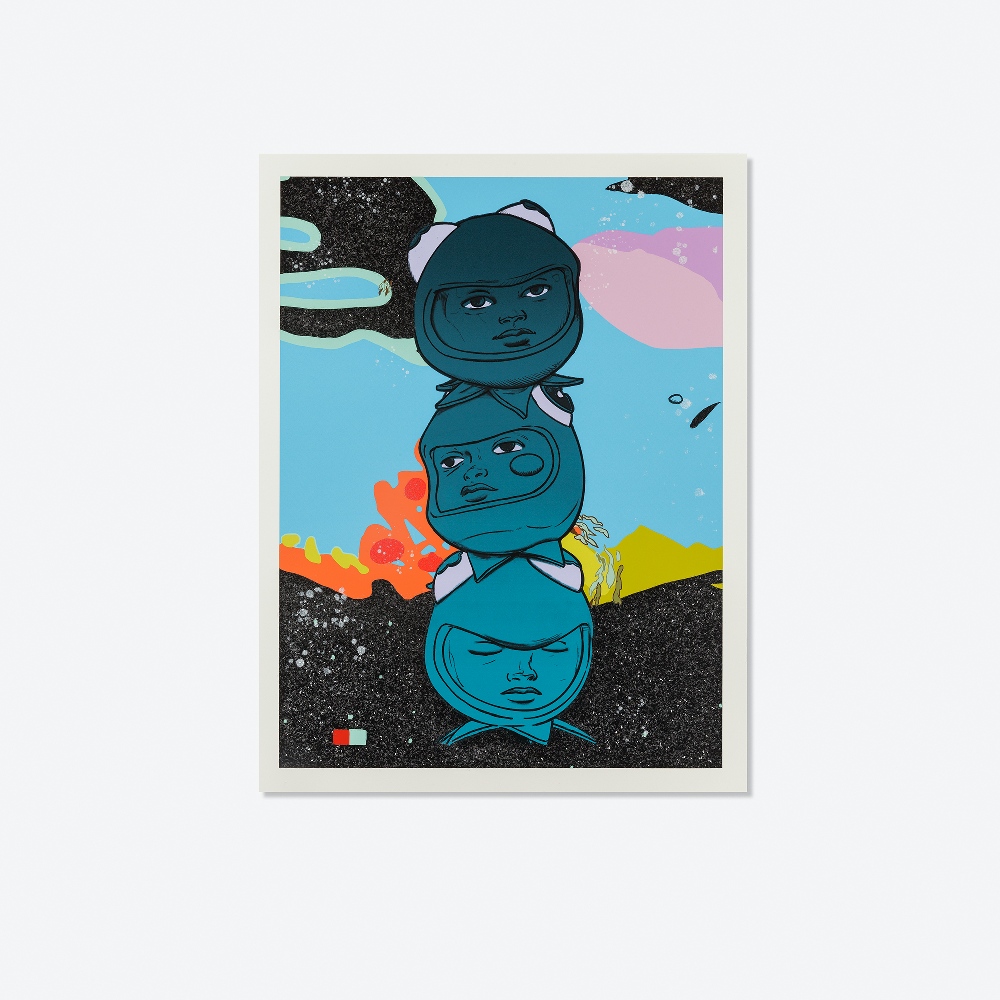 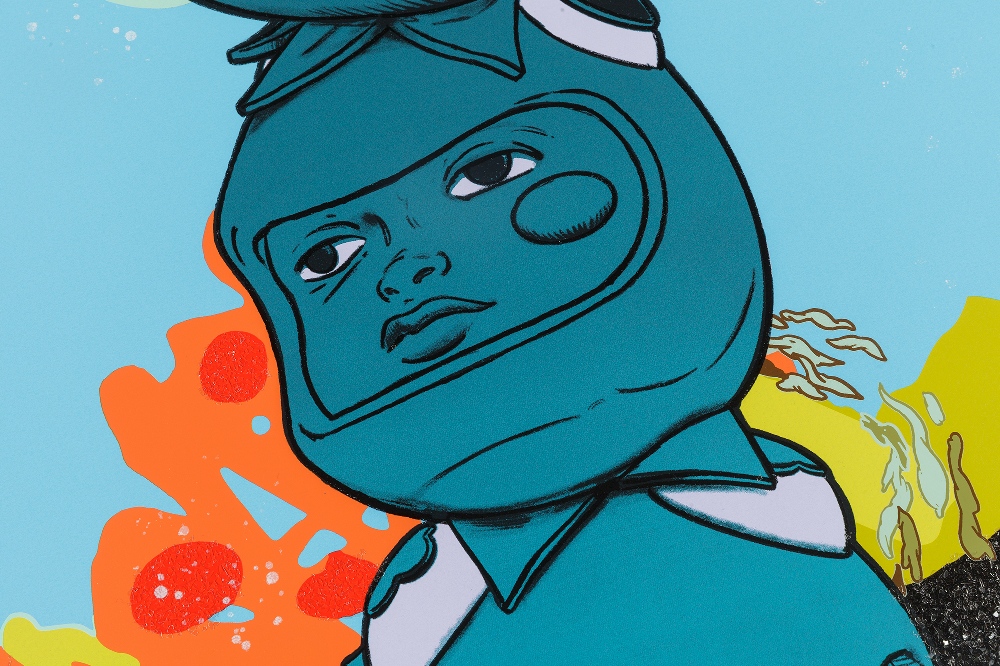 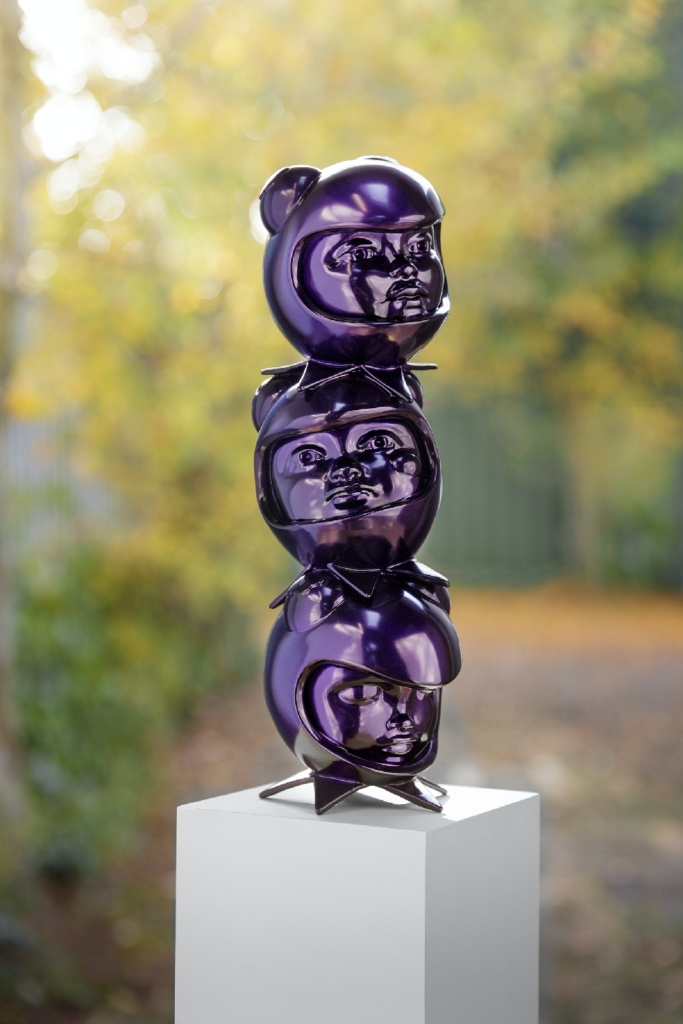 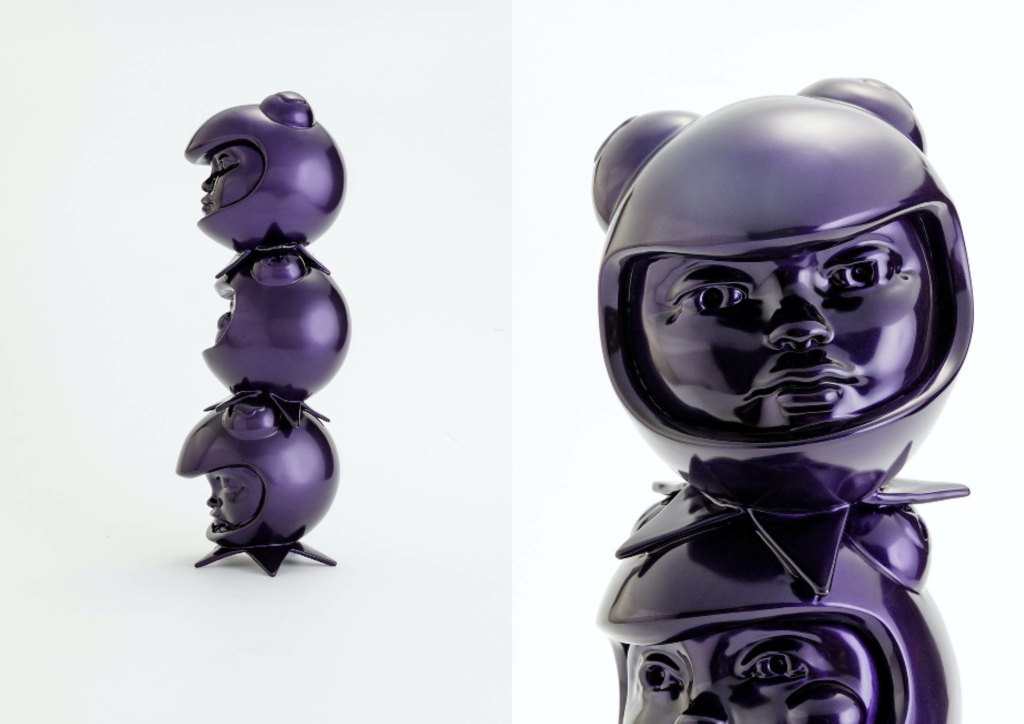